/status shows primary statistics of services inside the server. The data sources are same with /vars, but stats are grouped differently. 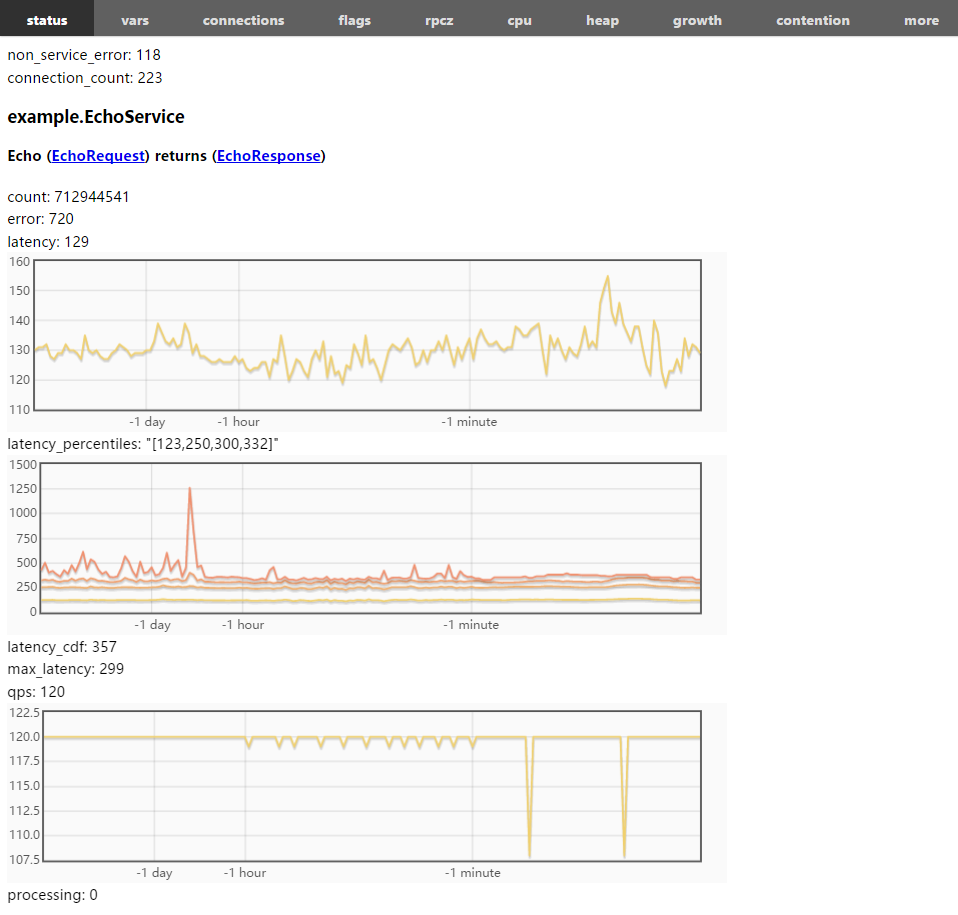 Meanings of the fields above:

Users may customize descriptions on /status by letting the service implement brpc::Describable. 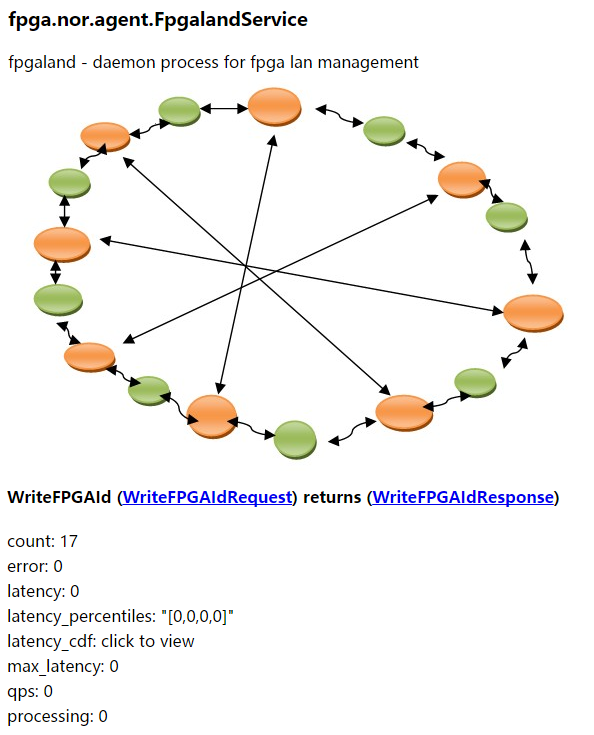